Myself and the family went apple picking this weekend and it was amazing. The valley in Nova Scotia right now is just entering it’s peak season and it was so nice to sneak up there with the kids for an apple picking adventure.

The apples are fantastic. So crisp and refreshing. They are perfect apples to just munch on raw, but I obviously had to do something with them. My mind immediately went to baking. I thought about Pies, Cakes, tarts, but I wanted to keep it sort of healthy this time so I decided to go for something I could happily send in violet’s lunch. Vegan Gluten-free Protein Apple Crisp. It actually turned out really well. No added sugar, no gluten, and added a good amount of vegan protein powder to give us all that extra energy to get through the day. A great breakfast option that no one needs to feel guilty about!

Give this one a try and let me know what you think. This recipe is violet approved! 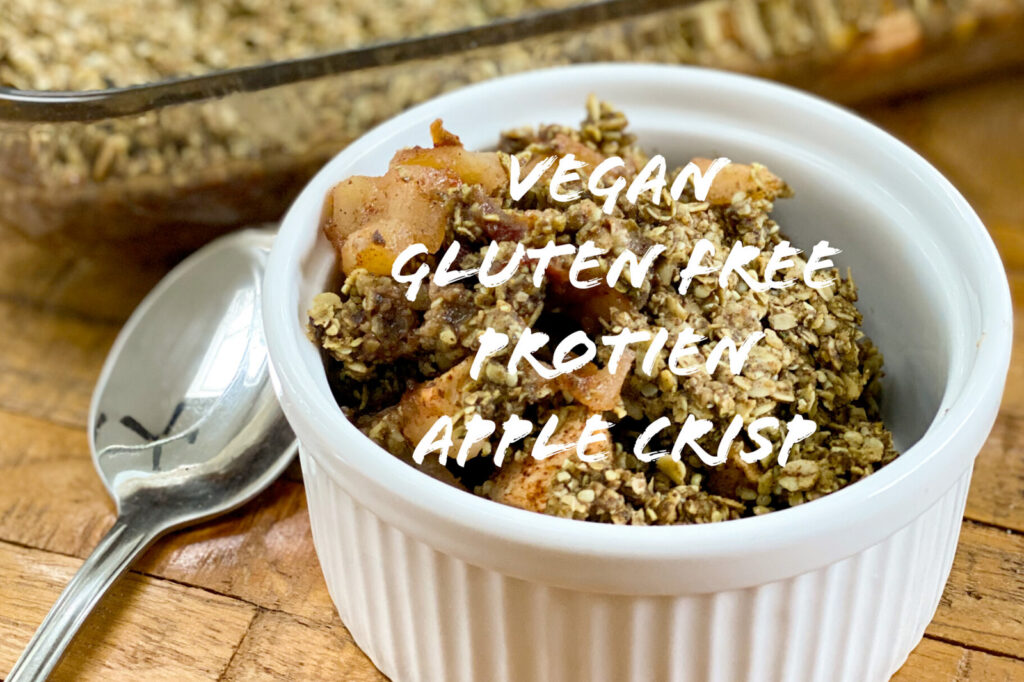