Love myself some good pickled beets. Perfect addition to a quick salad or even just eating out of the jar! Beets are a wonderful vegetable that I feel don’t get the love and respect they deserve. Nutrient dense, delicious earthy flavour, and cheap! This recipe is an easy way to use up any leftover beets you might have from your garden.

These quick pickled beets are a little different than some of the formal canning recipes you may have seen your grandmother follow. This recipe does not require you to sterilize the jars, process in a boiling water bath, or store at room temperature. For these, you simply boil the beets, dice them, make the basic pickling liquid, pour it over the beets, and then store in the refrigerator.

While this pickled beets recipe wont last in your pantry over the whole winter, they do last up to 6 weeks, and since they’re so easy to make, you can quickly whip up another batch!

Process for making these Pickled Beets 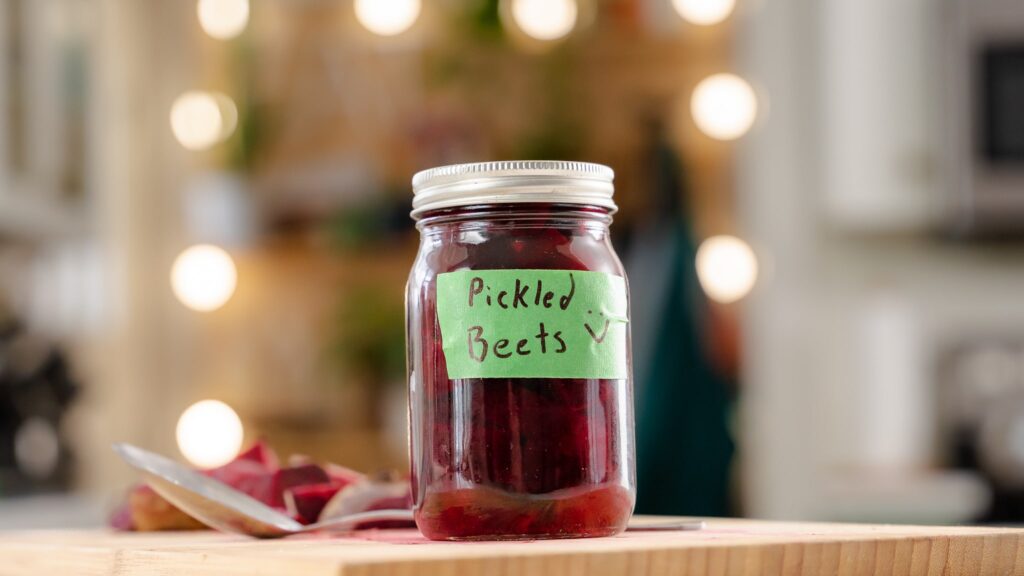